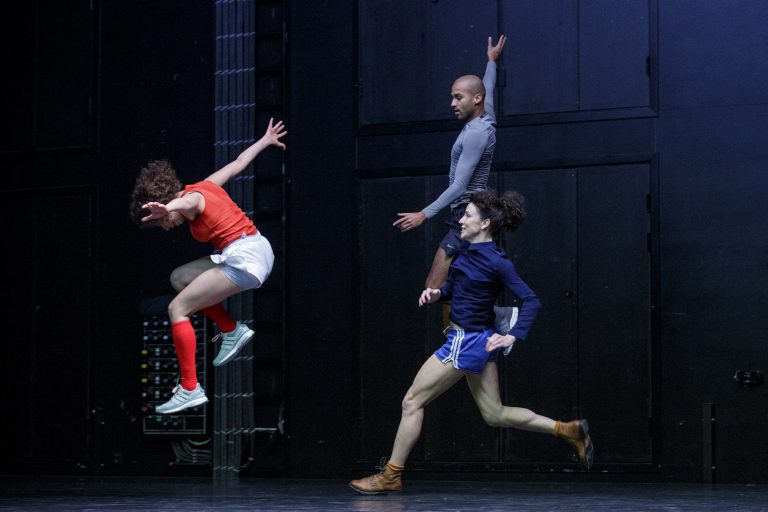 Carte Blanche is the Norwegian national company of contemporary dance. Established in Bergen in 1989 and with its home base in Studio Bergen, the company tours both in Norway and internationally throughout the year. Since August 2008 the artistic and general director of the company is Hooman Sharifi from Iran. The ensemble consists of 12- 15 dancers of many nationalities around the wold, particularly known for their strong stage presence, high technical abilities and their individual creativity. Furthermore, Carte Blanche has a technical- and an administration department of 14 people in total. New programmes are created every season and the older ones re-staged. The Company has previously worked with Norwegian and internationally renowned choreographers, and woks with artists that has a critical eye on the society and that manages to express this through the dance. By allowing the dancers to exploit the privileges a publicly owned company gives, Carte Blanche enables the artists the possibility to grow.

This way Carte Blanche creates an exciting and unique repertoire of high quality, underpinning the company’s goal to be a forerunner of innovation, presentation and development of contemporary dance in Norway and abroad. Current performances are ‘We are here together’ (2016) and ‘While they are floating’ (2017).

Bouchra Ouizguen is a Moroccan choreographer. She was born in Morocco and worked there as a Oriental dance soloist. Later she studied dance in Marrakech and was taught by Bernado Montet and Mathilde Monnier. She danced in pieces by the likes of Boris Charmatz, Mathilde Monnier and Taoufiq Izeddiou. Together with Taoufiq Izeddiou and Saîd Aït El Moumen she founded Morocco’s first contemporary dance group, ANANIA in 2002 and eight years later followed it up with the Company O. The ensemble is made up of five Aïtas – night club singers, who are seen as prostitutes in Morocco and as such are equally glorified and spurned. They have already danced in the productions ‘Madame Plaza’ and ‘Ha!’, both of which toured internationally. As part of the WE DON’T CONTEMPORARY Festival at Kampnagel, Bouchra Ouizguen has shown the third part of her trilogy ‘Ottof’, which premiered at the Montpellier Danse Festival in June 2015. Her performance ‘Corbeaux’ premiered at the Marrakech Art Biennial 2014. Ouizguen has performed throughout Morocco and France, including at the 2010 FIAF Crossing the Line Festival in NYC. Since 2007, Ouizguen has been a co-organizer of the annual festival Recontres Chorégraphiques in Marrakech.