The ancient material about the (im)mortal love between Orpheus and Eurydice is present in countless adaptations. This is hardly surprising since it’s the elementary motives of humanity that are discussed here: love, art, and death. The popular myth itself is derived from the even older story about Demeter, who lost her daughter Persephone to Hades and the underworld. In her honor, mystic celebrations of several days were held in ancient Greece, through which dances, making music together, singing, screaming, and lamenting became central elements of the ritualistic search for Persephone.

The multidisciplinary Icelandic artist Erna Ómarsdóttir reinterprets the myth of Orpheus in five cycles of eternal growth and decay, intertwining ancient and Indo-European legends as well as contemporary subjects. With a mixed cast of actors from the Freiburg Theater and dancers from the Iceland Dance Company, she examines the metamorphoses and reproductive forces of culture and art, which over time have made Mother Earth a skilled lyre player and her offspring his tragic bride, who follows her husband silently and on soft soles.

In her new borderline-musical, Erna Ómarsdóttir questions the dualisms of life and death, understanding and feeling, artistic creation and silence, man and woman … – Who has the Golden Fleece? Where do the snakes come from? And does Eurydice actually want to go back to the (upper) world?

Orpheus and Eurydice is a coproduction of Theater Freiburg and Iceland Dance Company with NORDWIND Festival and Kampnagel Hamburg.

Funded by the Federal Government Commissioner for Culture and the Media

With the support of the Ministry of Finance and for Europe of the State of Brandenburg and the Royal Norwegian Embassy in Berlin, at the beginning of this year NORDWIND has initiated a cooperative project in Lusatia with the artist Lars Ø Ramberg. During the last months, Studio Ramberg has worked intensively on research in dialogue with locals and experts from Lusatia, created a so-called mapping, and developed core ideas for an initial sketch. The presentation of this preliminary project and the subsequent dialogue will take place on October 1, 2021, at Studio Ramberg. 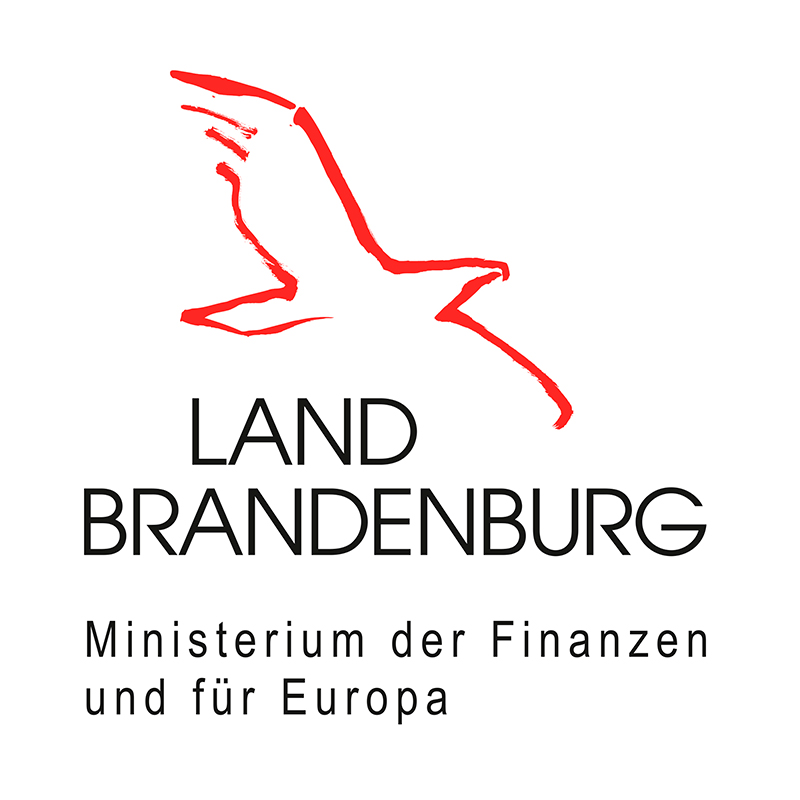 “After each piece at home a glass of wine or liqueur and a candle comes on the table, no matter what time it is!”

In Berlin’s dance scene, everyone knows her: the small, walking-impaired woman with the eye-catching clothing style and the man with the mullet haircut – Korinna and Jörg have seen up to 4000 dance pieces in Berlin since the fall of the Berlin Wall. Under the direction of Laurie Young, the Sophiensaele have developed a play about her and they themselves describe dance as their vocation.

In a lively café in Berlin Mitte, I met them for a conversation about the Berlin dance scene.

First to you and your biography: Where did this great interest in contemporary dance come from and how did it come about that you became the secret critic* couple and the most devoted spectators* of the Berlin dance scene?

K: That just happened after the fall of communism: The first dance theatre piece we saw was in the Oslo factory by a Japanese butoh group called Tatoeba with Yumiko. Before that we had only seen revues, for example in the Friedrichstadtpalast. First we had to find out what dance theatre is, whether dance or theatre. Then we called them and got clarified.

J: And then we were so enthusiastic that we stayed with it.

K: Maybe I infected Jörg a bit. In the beginning we only went to each venue once, but then we would have nothing more and would have been through for a long time. Then we went several times and started to see works by well-known choreographers – that’s how we got closer to dance.

I’ve seen that they have a tight program every week – how many pieces do you see in a week?

K: If there is a dance event that appeals to us, we always go every two days. Between each event we always take a day break.

Every week the program is decided on the basis of the cultural part in the morning post always from Thursday to Wednesday and if the program gives nothing, Jörg has to do the weekly shopping. (laughs)

K: We walk a lot, but we only watch each piece once!

Awesome! What are your observations, has much changed in the Berlin dance scene since the fall of communism?

K: Nowadays a lot takes place without seats, which I personally don’t like so much. And there is much more contact and interaction with the audience. Recently it has also become very modern to perform these mammoth pieces, which then last six hours or longer, by Boris Charmatz for example. We didn’t do that even though we had tickets. For us, it always means a lot of walking from Marzahn everywhere.

How do you see the current developments in the Berlin dance and theatre scene with the replacement of the Volksbühne, the artistic directorship of Chris Dercon and the new venue at Tempelhofer Feld?

K: More dance is always good, but it also depends on the format. Even the small venues often show good things. Many always rely on big festivals, but that doesn’t have to be the case. Which formats don’t interest us that much are works in ‘Work in progress’ – we like it better when the works are finished. Whatever can be very interesting are works with a political background or the theming of disability or when people with disabilities are on stage, but disability as such is not the focus and people dare something.

We think it’s very good when modern dance is combined with classical music. And the classical ballet is broken up.

J: But not too much!

K: No, not too much – as long as the physicality is given (laughs).

It is important not to try to show something that has never existed before and run after an effect. Sometimes it seems a little cramped. But it can also be abstract, I don’t always have to find the answer in the dance, in what I see.

You have already taken part in the Nordwind Festival several times. What do you expect from this year’s Nordwind edition?

J: The one time was a performance of the Nordwind Festival in the forest, that was catastrophic for us. We got there by bus and the other audience had to walk twenty minutes to the venue. Ricarda Ciontos had then still tried and got us a car, but we still had to cross the forest, over stick and stone. There it still went, but back it was pitch dark. And then the people walked with torches in front and behind us, so that we arrived safe.

K: In general, I find Nordic productions very interesting, which often have a connection to nature. That may be a bit of a cliché, but it’s often a slightly different aesthetic that you don’t usually see.

K: I think it’s very important not to lose the core of the festival, i.e. the focus on the North. There are already many international festivals in Berlin.

If they’ve seen so many pieces, but only see each one once – to what extent do they document their visual experiences?

J: We write down the time, the venue, the choreographer and the name of the piece.

And we have been doing so for 26 years. We also save all evening programmes and newspaper articles.

K: And there’s a glass of wine or liqueur after every piece at home and a candle comes on the table, no matter what time it is! Sometimes we also look at two pieces a day when we make it. We glow and burn for the dance. Dance is part of our lives, like the air we breathe. When summer is over, we are not well, then something is missing.

How do I imagine that, they have a huge cupboard at home where everything is archived?

K: Well, it could be a little tidier (laughs). We stack it all and unfortunately it also came down sometimes and then of course there is chaos.

The dance scene is like a small family to us – the dance family and most people say that we are entitled to it. Many choreographers and dancers have grown older with us and we have seen many venues come and go.

And could you imagine dancing yourself or standing on stage as a dancer?

K: Not dancing myself, but writing for dance would interest me. And my big dream is to choreograph a piece myself. But many people say it’s too biographical. I would like to combine disability policy and cultural policy in a dance piece.