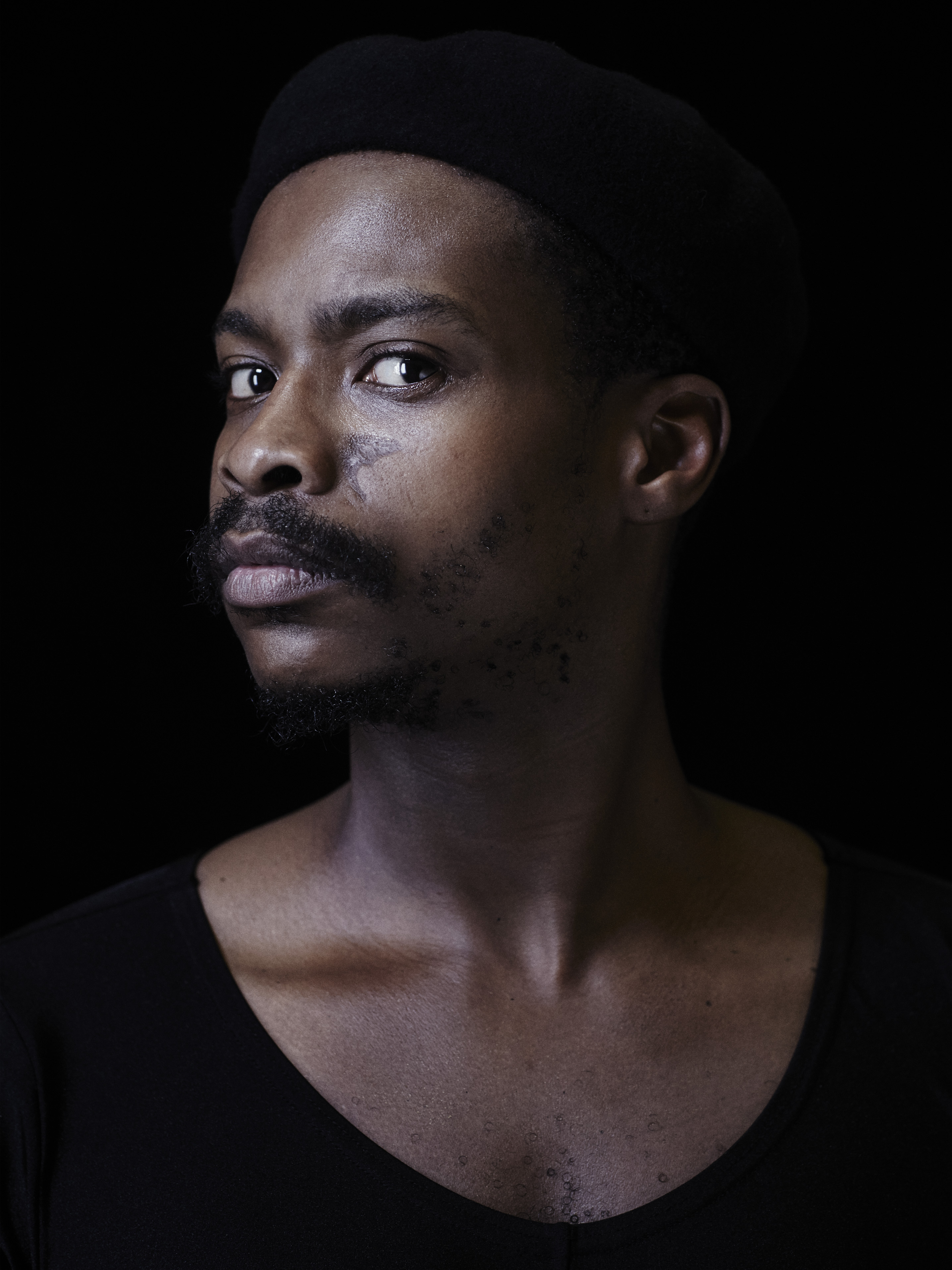 Athi-Patra Ruga was born in 1984 in the Transkei South Africa is a South African artist who uses performance, video, textiles, and printmaking to explore notions of utopia and dystopia, material and memory. In 2004 Ruga was awarded a scholarship to study fashion design at the Gordon Flack Davidson Academy of Design in Johannesburg. Currently living and working between Cape Town and Johannesburg, Ruga continues to integrate fashion design with art and performance. He is a mentor on the Adult Contemporary Projects, a series of exhibitions that support South Africa’s young unsigned art talent.

In 2015, Ruga was awarded The Grahamstown National Arts Festival’s 2015 Standard Bank Young Artist for Performance Art and presented The Elder of Azania, a work that is part of his ongoing performance series The Future Women of Azania, first conceived in 2010.

The BEATification of Feral Benga 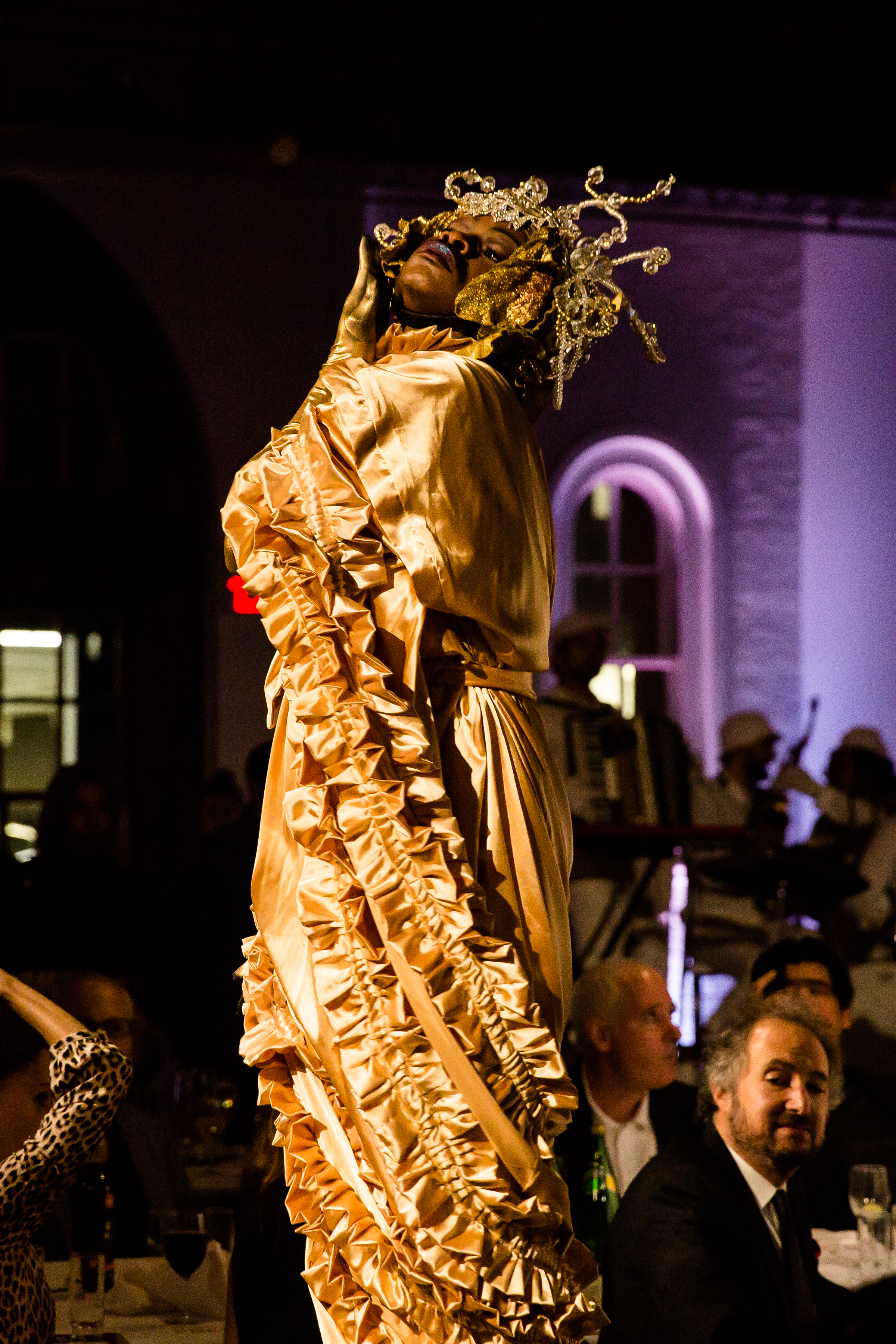 In his performance The BEATification of Feral Benga, Athi-Patra Ruga will carry out the BEATification of the cabaret artist and dancer Feral Benga, who saw himself as the male equivalent of Josephine Baker. Combining pictures of the Cabaret Nègre in Berlin in the twenties and performances by the two dancers, the question of which images nations and nationalism depend on will be critically explored. In a celebration that switches between exoticism, its parody and ecstasy, Ruga will unite both artists in himself and, in a ritual full of dystopian energy and dark power, allow the audience to take part in a dance it will not be able to resist losing itself in.

Athi-Patra Ruga, born in 1984, is a world-renowned fashion designer, performer and visual artist from South Africa.
In 2015, Ruga was the winner of the Standard Bank Young Artist Award for Performance, one of the most prestigious prizes for young artists in South Africa. Ruga’s work has been shown in a large number of exhibitions, including as part of the AFRICA: Architecture, Culture and Identity at the Louisiana Museum of Modern Art and in the South African pavilion of the 55th Venice Biennale.

Angel-Ho is the performance persona of Angelo Valerio, a Cape Town-based artist. Valerio uses the character of Angel-Ho to start a dialogue about classism, identity, sexuality and gender.

The Beatification of Feral Benga

Special collaboration with Tanya Tagaq at NORDWIND at Kampnagel