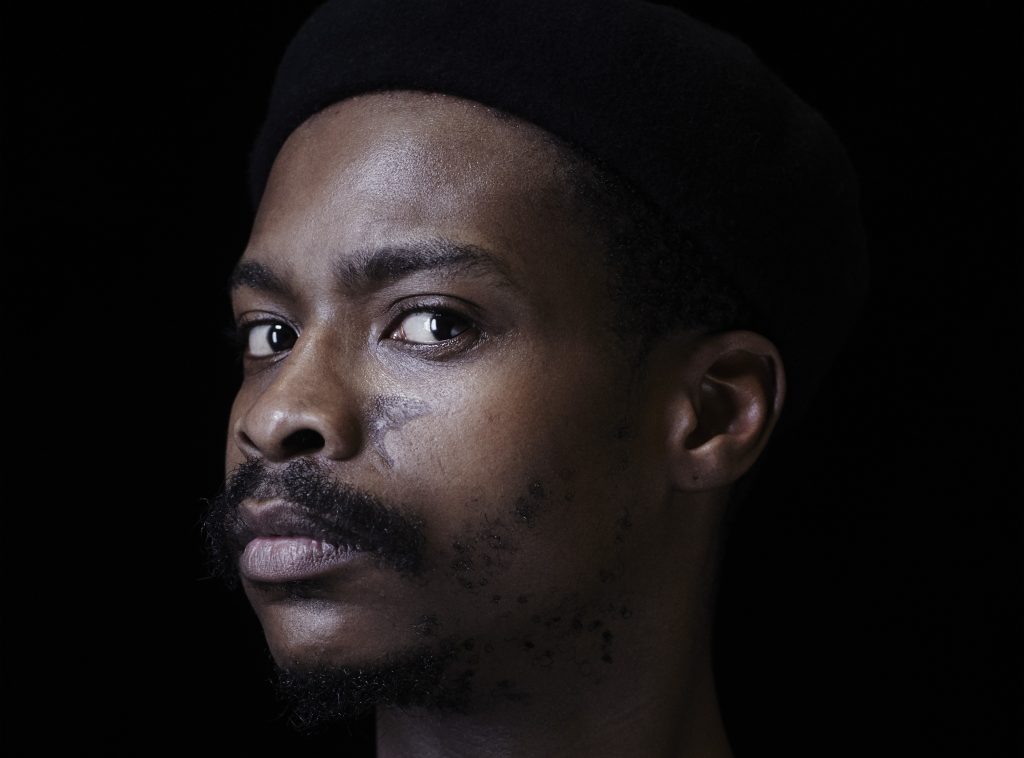 Athi-Patra Ruga was born in 1984 in the Transkei South Africa is a South African artist who uses performance, video, textiles, and printmaking to explore notions of utopia and dystopia, material and memory. In 2004 Ruga was awarded a scholarship to study fashion design at the Gordon Flack Davidson Academy of Design in Johannesburg. Currently living and working between Cape Town and Johannesburg, Ruga continues to integrate fashion design with art and performance. He is a mentor on the Adult Contemporary Projects, a series of exhibitions that support South Africa’s young unsigned art talent.

In 2015, Ruga was awarded The Grahamstown National Arts Festival’s 2015 Standard Bank Young Artist for Performance Art and presented The Elder of Azania, a work that is part of his ongoing performance series The Future Women of Azania, first conceived in 2010.